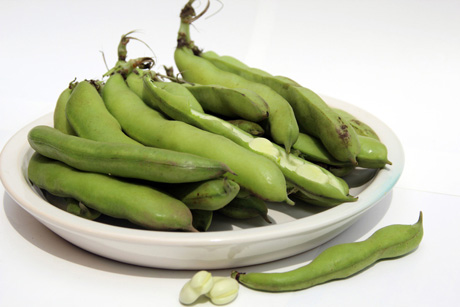 In order to determine the need for permanent antimicrobial prophylactic measures, the severity of the G6PD deficiency has to be determined first. (© J.K.F. Brinkhorst / Fotolia)

Favism is a common hereditary disease, affecting around 400 million people worldwide. It is caused by a lack of the enzyme glucose-6-phosphate dehydrogenase (G6PD). This deficiency triggers the destruction of red blood cells (hemolysis) and anemia in patients after they consume fava beans and certain drugs. In the case of severe forms with a complete enzyme deficiency, life-threatening infections with bacteria and fungi can even occur. However, most specialists who treat these patients are unaware of this. Scientists from the Children’s Research Center at the University Children’s Hospital Zurich and the University of Zurich now reveal the mechanistic link between severe G6PD deficiency and immunodeficiency.

IA functioning G6PD enzyme plays a key role in the so-called pentose phosphate pathway in cell metabolism. The co-factor nicotinamide adenine dinucleotide (NADPH) is formed in this process, which has two functions: On the one hand, it guarantees that sufficient glutathione is available in the red blood cells, which protects these cells as an antioxidant. In the event of a G6PD deficiency, the cells lose this protection against oxidative stress, which results in hemolysis. On the other hand, the co-factor NADPH allows the formation of reactive oxygen compounds in the immune system’s phagocytes that they need to fend off bacterial and fungal infections.

The Zurich scientists teamed up with research colleagues from Germany to clarify the mechanism of the defective immune defense in G6PD patients: “In the event of a complete G6PD deficiency, i.e. without any demonstrable residual function of the enzyme, the phagocytes are unable to form any reactive oxygen compounds such as hydrogen peroxide due to the deficient provision of NADPH,” explains Janine Reichenbach, a professor of pediatric immunology at the University of Zurich. As with a known immunodeficiency in phagocytes called chronic granulomatous disease (CGD), this causes a defective formation of DNA networks – so-called “neutrophil extracellular traps” (NETs), which are needed to capture and kill off bacteria and fungi. “Besides the more minor G6PD deficiency, which chiefly affects red blood cells, a severe or complete enzyme deficiency therefore also constitutes an immunodeficiency in the phagocytes,” says Reichenbach, summarizing the results of the study.

This has consequences for the treatment of patients with a G6PD deficiency: “In order to determine the need for permanent antimicrobial prophylactic measures, the severity of the G6PD deficiency has to be determined first during the diagnosis. In the event of a severe enzyme deficiency, the formation of reactive oxygen compounds and DNA networks ought then to be analyzed,” concludes Reichenbach.

The University Children’s Hospital Zurich conducts an average of one to two favism analyses per day. One person with favism is usually identified every month.

Favism primarily affects the Mediterranean region, Africa, the Middle East and some Asian countries such as Thailand or India. Its prevalence in Switzerland is less than 0.5 percent (see S. Hofmann et al.; Swiss Medical Forum 2016). Due to migration and travel behavior, however, the number of favism cases in Switzerland could rise in future.