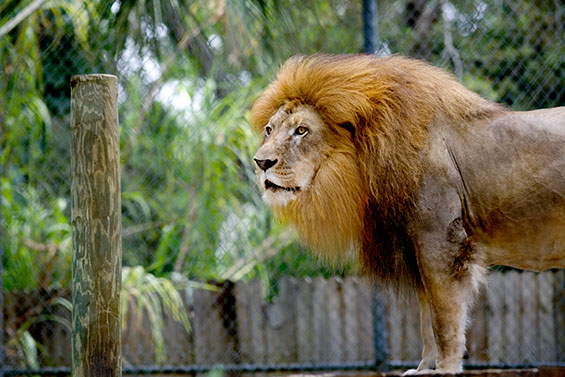 Even carnivore species such as lions attain greater longevity at the zoo. (Image: iStock.com/Terry J. Alcorn)

How long do animals live? Although the question seems trivial, it is not easy to answer – especially in the case of free-ranging animals, as it is extremely difficult to determine accurate dates of birth and death of all members of a specific population. By comparison, zoos meticulously record the births and deaths of the animals in their care. Now, however, studies of known-aged individuals in the wild are available, making it possible to compare demographic parameters, including longevity.

The research team led by the University of Lyon and the University of Zurich assessed the demographic parameters of more than 50 mammalian species. The scientists discovered that longevity was higher at the zoo for more than 80% of the mammals studied – species such as African buffalos, reindeer, zebras, beavers, or lions. “All 15 carnivore species in our dataset attained greater longevity at the zoo,” states Marcus Clauss, professor of nutrition and biology of zoo and wild animals at the University of Zurich. “It seems that even for predators, life in the wild is not necessarily without its perils.”

The greater longevity at the zoo was particularly prominent among smaller species having a generally shorter lifespan, for instance, tree shrews, weasles, white-tailed deer, or African wild dogs. The juveniles and adults of these species typically fall victim to predators or to intraspecific competition in the wild, thus reducing their average longevity. “With regard to long-lived species that generally have lower mortality rates in the wild, there is less that zoos can protect them from. As such, the effect is not as great and, indeed, in some cases is even reversed,” says Clauss.

The researchers emphasize that their results reflect historic animal husbandry conditions at zoos and not currently practiced conditions. “In order to evaluate longevity of a population, we only consider the ‘extinct cohort’ – that is, a group of individuals born in a certain period, all of which have died. Individuals that are still alive would skew the analysis,” says Dr. Jean-François Lemaître from the University of Lyon and researcher at the Centre National de le Recherche Scientifique (CNRS).This means that changes in the husbandry of long-lived animals introduced in the last decade have not yet influenced the results, as many members of the cohorts affected by these changes are still alive. Whether changes made today influence longevity can therefore only be determined thirty years from now.

The researchers emphasize that longevity as a single contributing factor cannot support complex ethical judgements on keeping animals. “A thorough assessment of the husbandry of a species demands consideration of many other aspects. The most important insight of our study is possibly that it demonstrates that life in the wild is not a life in paradise,” says Prof. Clauss