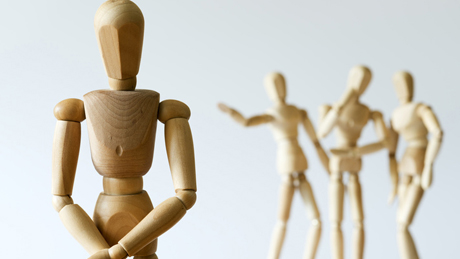 A small amount of psilocybin changes the processing of social conflicts in the brain. (Picture: ©Clemens Schüssler / Fotolia)

Researchers at the University Hospital of Psychiatry Zurich now showed that psilocybin, the active component of the Mexican magic mushrooms, influences these processes in the brain. In particular, it stimulates specific receptors of the neurotransmitter serotonin. This results in a reduced reaction to social rejection in the associated brain areas. Consequently, participants felt less excluded after psilocybin administration than after the intake of a placebo. Furthermore, they report having experienced less social pain.

The increased processing of and reactivity to social exclusion and social pain can increase the risk of patients withdrawing from social life and therefore experience less support. “Increased activity in brain areas such as the dorsal anterior cingulate cortex is associated with an increased experience of social pain. This has been shown to be present in different psychiatric disorders. Psilocybin seems to influence these particular brain areas”, says Katrin Preller, first author of the study. The researchers applied functional magnetic resonance imaging (fMRI) to investigate these processes. Using a second imaging technique, magnetic resonance spectroscopy (MRS), they additionally showed that a further metabolite is involved in the experience of social pain: aspartate.

New approaches for the treatment of social problems

“These new results could be groundbreaking for the illumination of the neuropharmacological mechanisms of social interaction and may help to develop new treatments”, emphasizes Franz Vollenweider, director of the Neuropsychopharmacology and Brain Imaging Unit. On the one hand, the results can help to develop more effective medication to treat psychiatric disorders which are characterized by an increased reactivity to social rejection, such as depression or borderline personality disorder. “On the other hand”, Vollenweider adds, “the reduction of psychological pain and fear can facilitate the therapist-patient relationship and therefore the psychotherapeutic treatment of formative negative social experiences.”