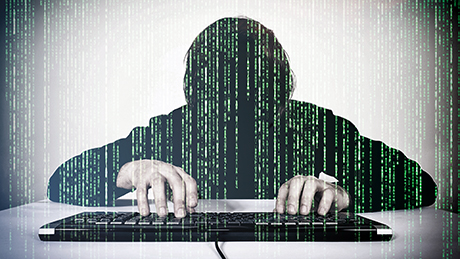 From politicians and celebrities, companies and organizations to individuals of certain nationalities and the socially disadvantaged, the list of parties affected by hate speech in social media is long. Insulting, threatening or derogatory comments are commonplace in today’s digital world. The potential consequences of such virtual witch-hunts – whether justified or otherwise – include a loss of reputation, resignations, losing one’s job, social isolation or falling share prices. Predominant opinion suggests that it is the supposed online anonymity which decreases the inhibitions of trolls on the internet.

However, a study by researchers at the University of Zurich has arrived at a very different conclusion. The team under the leadership of Katja Rost from the Institute of Sociology was able to demonstrate that non-anonymous online trolls are increasingly becoming the rule rather than the exception. The evaluation of more than 500,000 social-political comments from around 1,600 online petitions from the German platform www.openpetition.de between 2010 and 2013 showed that individuals posting hate speech who were using their full name were even more common than anonymous trolls.

Many online news portals or social media platforms are endeavoring to put a stop to the coarsening of the language used in comments or in social networks. “As a means of facilitating a civilized digital culture of debate, there are often calls to scrap online anonymity”, explains sociology doctoral student Lea Stahel. “The opinion prevails that anonymity disinhibits people from committing obviously deviant actions because they can dispense with their own responsibility and are protected from direct consequences.” So why are so many online trolls not bothering to remain anonymous?

Giving up your anonymity makes you more credible and more popular

Firstly, many online trolls simply don’t consider it necessary to remain anonymous. Rather than purely personal acts of revenge, hate speech is often a reaction to violations of a social norm, such as compliance with environmental or plagiarism standards, or infringements of socially desirable behavior such as political correctness. Why would individuals posting hate speech hide if they justify their protest as a moral duty and are standing up for what they believe in? In addition, online trolls can assume that they will scarcely ever be held accountable for their aggression. According to Stahel, it is considered very unlikely that a busy politician or a struggling company would pick precisely that person to sue when overwhelmed with a whole flood of insults.

Anonymity ban does not prevent firestorms

Secondly, trolls can convince and mobilize the other people in their social networks more easily if they appear using their real name. This signalizes a willingness to take a risk in order to state their opinion publicly, thus gaining extra trust. Ideally this can raise their social status, because they move in digital networks like Facebook in “Friend Groups” where their comments resonate thanks to “Shares” and “Likes”. “Removing anonymity therefore will not automatically lead to a disappearance of online firestorms. In fact, it might even lead to an increase”, advises Lea Stahel.