What types of asylum seekers are Europeans willing to accept? 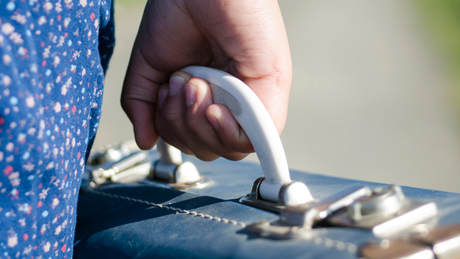 Dominik Hangartner from UZH’s Department of Political Science and the London School of Economics and Political Science teamed up with colleagues from Stanford University (USA) to compile 180,000 fictitious profiles of asylum seekers, which randomly varied along nine attributes: age, gender, country of origin, previous occupation, religion, language skills, reasons for migrating, vulnerability and asylum testimony. The hypothetical profiles were evaluated by 18,000 citizens from 15 European countries, including Switzerland.

“Our results reveal that not all refugees are equal in the eyes of the European public,” says Hangartner. The respondents from all countries preferred asylum seekers with better vocational qualifications and better knowledge of the host country’s language. The probability of being accepted was 13 percent higher for doctors and 9 percent for teachers compared to previously unemployed asylum seekers. “The respondents favored asylum seekers who were more likely to contribute to the economy,” sums up Hangartner, the Faculty Co-Director of the Immigration Policy Lab.

Humanitarian considerations also played an important role. Asylum seekers who had fled for reasons recognized by the Geneva Convention on refugees were favored all over Europe, for instance. People persecuted on political, religious or ethical grounds had a 15 percent higher probability of being accepted than those primarily seeking economic opportunities. Victims of torture were 11 percent more likely to be accepted than people whose lives were not at risk. And the credibility of the asylum seekers’ testimonies also had a positive influence: If their asylum claims contained major inconsistencies, they were 11 percent less likely to be accepted.

Muslims more likely to be rejected than Christians

Religion was also a significant factor. Muslims were 11 percent less likely to be accepted than Christians from a comparable background. “As Christians were preferred only slightly over agnostics, the result reflects a strong anti-Muslim bias – not a pro-Christian one,” Hangartner adds. Although this bias against members of the Islamic faith existed across all countries and all respondent groups, it was twice as strong among people who place themselves towards the right of the political spectrum compared to those on the left.

“The strong preference for high-skilled, Christian asylum seekers who can speak the language of the host country poses major challenges for policymakers whose goal is to accept and integrate refugees,” explains Hangartner. After all, most asylum seekers currently originate from Muslim-majority countries and do not speak the local language when they arrive. At the same time, the results also reveal that the European public is willing, in line with the Geneva Convention on Refugees, to accept especially vulnerable asylum seekers with recognized reasons for fleeing. The results of the large-scale international survey were published in the renowned journal Science today.